The Curious Incident Of The Dog In The Night Time Tickets

Fifteen year old Christopher stands beside Mrs Shears’ dead dog. The poor animal has been speared with a garden fork, it is exactly seven minutes past midnight and Christopher is under suspicion of commiting the crime. He records each fact in the book he is writing in his attempt to solve the mystery of who killed Wellington.

Christopher is blessed with an extraordinary brain. He is exceptional at maths but somehow ill-equipped to be able to  interpret and negotiate everyday life. He has never ventured out alone beyond the end of his road, detests being touched by aanyone and distrusts strangers. But now his detective work, forbidden by his father, is going to take him on a frightening journey that will turn his whole world upside down.

How Do I Pick Up My Tickets?

Once you have chosen and confirmed your tickets to The Curious Incident Of The Dog In The Night Time using our simple online booking system you can choose for them to be either sent to your address by Royal Mail or delivered to your email inbox with our free Print-Your-Own Tickets service. Simply choose your preferred delivery method at the end of the booking process.

If you are booking tickets for a performance within the next 5 days, or if you live overseas, we will be unable to post out your tickets and so you will instead be given the option to collect your Curious Incident Of The Dog In The Night Time tickets from the theatre box office on the day of the show.

BmyConcierge.com is your online box office for The Curious Incident Of The Dog In The Night Time tickets, and your one-stop ticket shop for the best seat availability in West End theatre. You can count on us to provide a great service and competetive prices including discount deals on a huge selection of theatre tickets for plays, comedies and musicals on the London stage. We hope you enjoy The Curious Incident Of The Do In The Night Time at the Gielgud Theatre and we look forward to welcoming you back to Theatreland in the near future

Recommended Age: 11+. Under 5's and babies in arms will not be admitted.

There is some strong language in this production, as there is in the novel. This occurs at the very beginning of the show and infrequently at other points during the show.

Latecomers will be asked to wait whilst watching the latecomers' monitor until a scene called ‘The Street’ before being allowed into the auditorium. This is approximately 15 minutes into Act 1. Audience members arriving after this time will be required to wait until the interval.

Within Congestion Zone
no

The Woman in Black 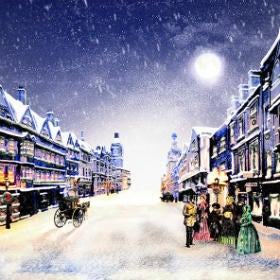 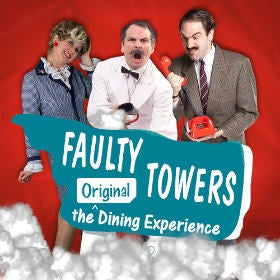