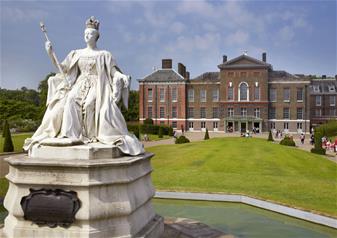 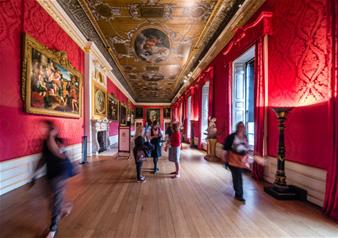 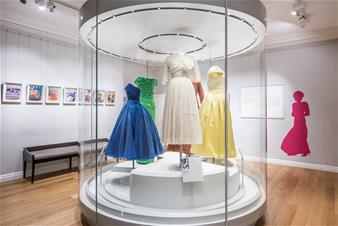 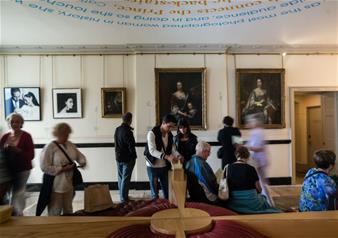 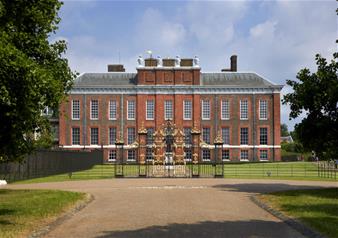 Kensington Palace:  Visitors arrive into the palace through beautiful landscaped gardens evoking a distant past when Kensington was situated outside London and was part of the countryside. Start your journey at the entrance hall and make your way through the magnificent Kings and Queen’s State Apartments that are filled with stories of two royal courts; the Stuarts and the Hanoverians.  Uncover what you would have worn back in the day, how people were expected to behave and succeed in the heady atmosphere of the palaces state apartments.

Fashion rules:  This glossy and glamorous exhibition represents the story of the British Monarchy in the 20th century featuring rare and exquisite clothing from HM Queen Elizabeth II, Princess Margaret and Diana Princess of Wales.  Discover how the royal figures and fashions represented the spirit of each passing decade and through photography, film and music you will get a real sense of the 1950’s through to the 1990s, decades in which the clothes were worn and how they reflected and inspired everyday fashions in the UK.

Victoria Revealed:  A fascinating exhibition set within the rooms Queen Victoria grew up in as a child.  This exhibition explores her life and amazing reign through her own words. Imagine how the young Victoria felt at just 17 years of age on her first day as Queen of Great Britain and the Empire at Kensington Palace.  Discover her romantic side through letters and gifts exchanged with Prince Albert and take a look at fascinating moments during her family life with her children and grand-children.

BmyConcierge act as a retail agent for these activities, as such you are subject to the terms and conditions of the supplier. 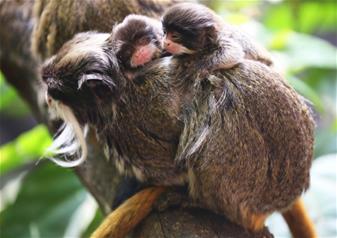 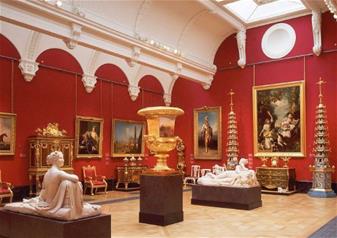 The View from the Shard VIP Experience 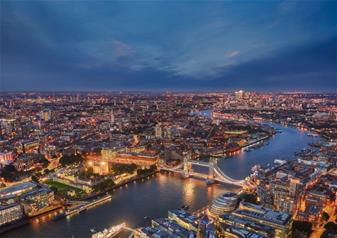